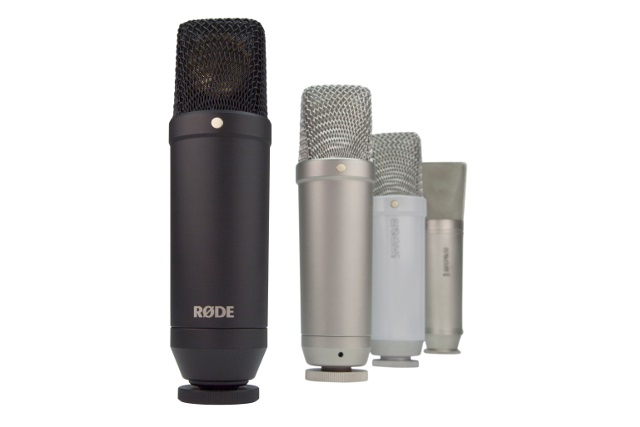 Rode microphone, prices and opinions on which model to choose

Rode is one of the leading brands of studio, broadcast and live microphones with a beautiful collection of dynamic, tube and condenser microphones with variable polar patterns and EQ filters.

Here is the list of Rode studio microphones that you can buy on Amazon:

The Rode NT1-A is Røde’s best-selling microphone thanks to its excellent value for money, the microphone is very quiet with a self-noise of 5dBA. For some years rode has taken the NTV, Classic, NT1 and NT2 microphones off the market, some of these models have been reintroduced with updates such as the Rode NT1-A and NT2-A, many users say that the versions old ones sound better and have a better circuit. We have created various reviews on Rode studio microphones, here they are:

What are the differences between a Rode NT1-A and NT2-A microphone?

Both microphones require 48V phantom power and are similar in color, appearance, weight and ruggedness. The NT1A is said to be better for instruments, while the NT2A is more vocal oriented, apart from these trifles the two mics are versatile. The Rode NT1A has been criticized as being very bright in the high end while the NT2A has a more natural sound.

Rode nt1000 vs nt2000 condenser microphones, what are the differences?

The Rode NT1000 microphone is a non-switchable NT2000, so the NT2000 offers the ability to choose between cardioid, omnidirectional and hypercardioid polar patterns. We also want to add that the Rode NT1000 and NT2000 microphones are Rode NTK and Rode K2 without valve respectively. We also remember that there are multiple versions of these microphones, for example the Rode NTK of 10 years ago do not have the same and identical components as the current Rode NTK, so it is wrong to make comparisons between the various microphones, you just have to try them to understand which ones respond best according to the instrument or voice to be recorded. Also if we consider that a Rode NTK is the simplified version of the Rode K2, making a direct comparison the 2 microphones could have a different frequency response, this does not mean that the sound paste is different, with a good analog equalizer you can shape the sound. as you wish.

In 2000 Rode also introduced small diaphragm microphones such as the NT3 which is a cardioid condenser the NT4 stereo microphone and the NT5 pencil condenser microphone. The capsules are half inch, the NT4 is often used in pairs with a 90 degree alignment for stereo XY recording, the NT5 model has the capsule interchangeable with an omnidirectional version. There is also the NT55 which is the advanced version of the NT5. In 2006 Rode also released live performance microphones, including the Rode S1 (and black S1-B) which has a super-cardioid ¾ condenser capsule capable of rejecting feedback in live situations. In 2009 Røde also released M2 and M3 live performance microphones which have polarized condenser capsules which are a more affordable solution than studio microphones with real capsules.

The Røde Podcaster USB dynamic microphone, as the name implies, was created for those who need a microphone for radio broadcasts. The rode M1 is a dynamic live microphone that can struggle with a Shure beta 58 or sm58 microphone due to its robustness and sound quality. The Røde M1 is also available in the M1-S variant which has the ignition switch. The Podcaster and NT-USB microphones are the company’s only USB models. The Procaster microphone is similar to the Podcaster but with an XLR output. The Rode Reporter microphone was also released in 2012 which is ideal for interviews.

Røde in 2005 also introduced shotgun microphones such as the Rode NTG1 and NTG2. Both have a half-inch capacitor capsule, the NTG2 can also be powered by battery as well as via phantom power. In 2008 the company released the NTG3 which is a premium capacitor with RF bias technology that allows it to operate even in cold and humid conditions. In 2012 Røde also introduced the NTG8, an elongated version of the NTG3 that has greater directionality.

Rode VideoMic microphones are microphones designed to fit a DSLR camcorder or camera such as the Canon EOS 5D MkII. The VideoMic is very compact and features a 20 dB level boost that allows you to reduce the gain of the camera preamp. The Stereo VideoMic Pro version was also introduced in 2012.

Since 2013 Røde has also been producing microphones for smartphones, tablets and mobile devices. These include the Rode iXY stereo microphone, suitable for Apple Inc.’s iPhone, iPad and iPod touch devices. The microphone in question has two half-inch cardioid condenser capsules and allows you to record in stereo. Thanks to the Røde Rec app the microphone can record at 24 bit / 96 kHz. In the same year after the iXY Røde launched the smartLav lavalier microphone for smartphones and apple and android mobile devices which is equipped with a TRRS output.