With which apps and programs to organize music libraries?

Try to find a song that you want to hear right at that moment is not that simple if you have lots of GB of music.

A good solution for doing searches faster is better organize your music , for example by exploiting the potential of many music management apps. 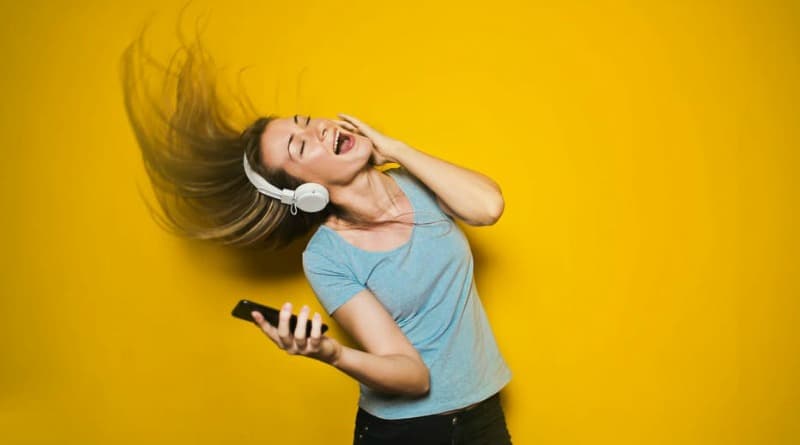 You can find them around many and all different from each other , but which are the best?

In this article we really try to describe the best applications and programs most popular for managing music libraries.

Those who already have an Apple Music subscription can use iCloud Music Library to store up to 100,000 songs.

Adding songs to your iCloud is really very simple. Once uploaded, you can do it access via iTunes and listen to the pieces to your liking. It can be accessed from Mac, PC and iOS devices.

Plus, iCloud guarantees back up your music collection , just in case some hard drive trouble happens.

iCloud is probably the best music organization software among those available, especially if you have already become part of the Apple ecosystem.

You are looking for an alternative to iTunes for Windows? MediaMonkey can really be for you. This solution has been around for a few years already and is generally recognized as one of the best software of music management.

Music can be easily added to the media library as well it can handle over 200,000 songs. Once the media has been added, its metadata can be easily edited, should it become necessary.

User can use a huge variety of file formats with MediaMonkey, including AAC, MP3, Wav, FLAC and APE . If you need to rip an old CD, this feature is included and you can use it to sync files to your smart devices.

The basic program is free but you can also choose upgrade to MediaMonkey Gold. This premium version includes automatic EQ and leveling and the ability to have multiple collections at the same time.

Yes, the famous Winamp is still on the square. This solution is still very popular among users, and it’s easy to see why.

The first aspect that plays in Winamp’s favor should be mentioned its ability to be able to handle any audio format.

An absolutely deserved reputation, as it is possible to reproduce on Winamp MP3, MIDI, AAC and M4A , in addition to other formats. The program supports a wide range of add-ons and allows you to search within playlists.

maybe younger users they will not be particularly attracted to Winamp, while those who have already had to deal with this program in the past will appreciate the improvements.

MusicBee can be considered as a more “user-friendly” version of MediaMonkey. This program probably is the best music library organizer for users who are taking their first steps.

It has a rich feature set and includes a portable version which does not need to be installed.

The peculiarity consists precisely in the simplicity of use, with all the information arranged so that they can appear easily understood.

Libraries can be organized in a multitude of ways, and you can use MusicBee to subscribe to podcasts (also present the integration of Minilyrics). However, plug-ins must be installed to encode MP3 and AAC formats, and that is perhaps the only slightly questionable aspect.

It is not business suit like MediaMonkey, but it’s a good place to start.

Foobar2000 is considered the best solution for “nerds”. No eye-catching graphics: Foobar2000 features a customizable user interface and a search bar, so those expecting iTunes-like stuff will be disappointed.

Still, for those who love customization, Foobar2000 is arguably the best music organizing app. The program makes available a wide range of plugins and skins that satisfy every need.

Foobar2000 plays music in any format , and that’s another point in its favor.

Maybe not many people know it, but also the hugely popular Spotify app it can be used to organize and manage your music library.

The only real problem with using Spotify as a music management app is that support of formats appears rather limited. Spotify can only play MP3, M4P and MP4 files, so you have to settle for it.

However, one interesting feature is worth mentioning. If Spotify fails to add a local file, he will try to combine it with a song from his catalog . It is not the best solution, but it is fair to evaluate it positively.

Are you looking for an alternative to open source iTunes? Clementine could represent the ideal solution.

The user interface is a bit “retro”, but as a Clementine music management tool has nothing to envy to other programs. In addition to its music organization features, you can also use Clementine to listen to Internet radio, Soundcloud and Spotify.

Plus, the service isn’t even limited to local files. Clementine can also pick up our music from cloud storage services, like Dropbox and Google Drive. Furthermore, it can be downloaded and used for free on Windows, Mac and Linux.

The only real problem with Clementine is that it uses quite a lot of CPU power , but you can turn a blind eye.

Musicolet looks like a music player aesthetically pleasing, which can be controlled via headphones.

The solution supports multiple play queues and has a integrated equalizer. Its user interface is also pleasant to use, with easy access to folders, artists and albums.

In addition, Musicolet integrates with Android Auto , and is therefore perfect if you love to listen to music while traveling by car.

If you use an Apple device without being an avid “fan” of iTunes and Apple Music, VLC it may represent a satisfactory alternative solution.

The app supports a really huge number of audio formats and can also be used for watching videos. VLC is supported in iTunes , in such a way as to make synchronizing files a breeze. Files can be shared over Wi-Fi and network streaming is supported.

Although VLC is not as complete as iTunes, it should definitely be considered as a great free and open source alternative for iOS users.

AIMP is much more than just a reader. Much appreciated for its aesthetics – characterized by beautiful menus and integrated viewers – but also for its practicality.

As we have seen with other solutions, such as Foobar2000, even AIMP can handle any file format. Furthermore, the tool can encode files , be used as an alarm clock and receive Internet radio broadcasts.

With AIMP it is included an 18-band equalizer and you can apply sound effects and change time, pitch and speed.

MP3Tag is not a media player but it is without a doubt a great tool to increase your music collection. This app allows you to easily edit the metadata of an audio file.

Do you need to change the album, artist, release date or genre information? You can do this by taking advantage of this app, which can also be used to add custom graphics to these files.

An easy to use tool that integrates well with i contextual menus Windows.

Are you a Linux user and looking for an iTunes-style program? Rhythmbox is just the thing for you. This free software provides a large set of features, including support for Internet radio, playlists, viewers, file synchronization , CD support and podcast subscription support.

Positive too the user interface , which appears as a cross between iTunes and Foobar2000.

In addition, Rhythmbox allows you to customize any functionality thanks to many plug-ins . The only thing that cannot be done on this app is to buy songs.